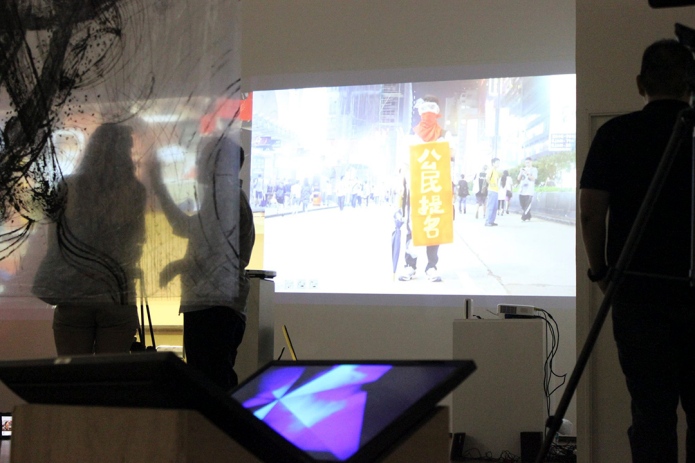 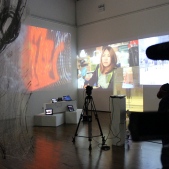 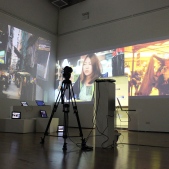 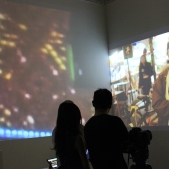 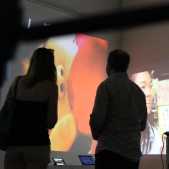 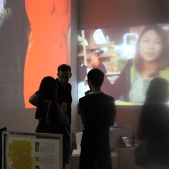 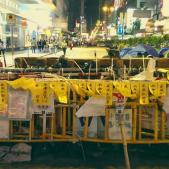 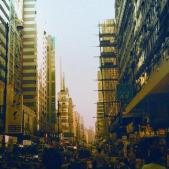 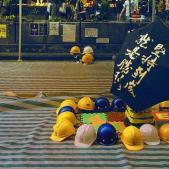 The movement of bodies is contingent on infrastructure. Urbanity rests on this classic assumption; without architecture, bridges, flyovers, motorways, subways, and skyscrapers, urban space is indefinite, haphazard, and limitless. The metropolis is, in other words, laden with contingencies. Hence, there is no guarantee of security, much less permanence, when urban space is merely designed to channel and control bodies whose ‘wayward forces of desire’ shape the metropolis itself (Tadiar 2004: 111). And what better way to picture the contingent metropolis than to lay eyes on Beijing, the mother (Gk. mētr-; mi̱téra) state, 1,228 miles away from Hong Kong, the city(Gk. póli̱; póli̱s) state? Or perhaps the other way around. 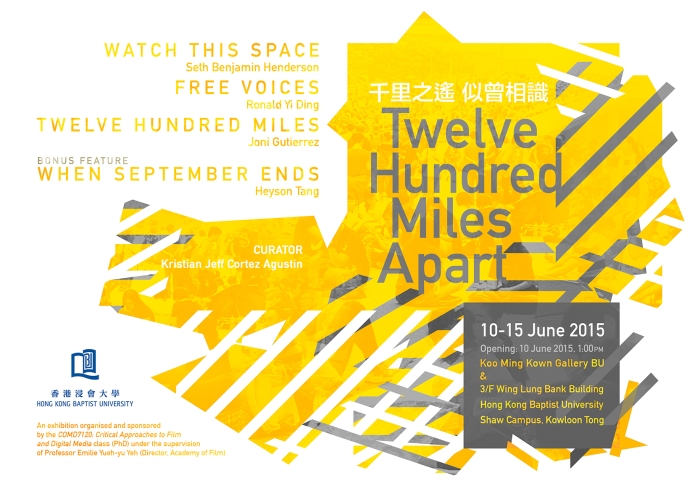 Twelve Hundred Miles Apart (千里之遙 似曾相識) imagines the reciprocity between the body-space analytic/aesthetic, including its concomitant body-to-body and space-to-space exchanges, whether neutral or political. Through experimental film, archival video, sound bites and transcription, these reciprocities are reconstructed in a makeshift exhibition space — a virtual environment made perceptible via transmedia storytelling, on digital devices and displays, as well as projections and installations. Hence, the experience is not only immersive but also conscious. Here the body bears witness to a historic urban space, only that space no longer exists in situ. Its existence is contingent on the return of bodies reclaiming the city and transforming it into a place of potential: We Will Be Back, in bold. Therefore, the contingent is also emergent, when ‘the sayable’ is tantamount to ‘the visible’ (Rancière 2007, p7). 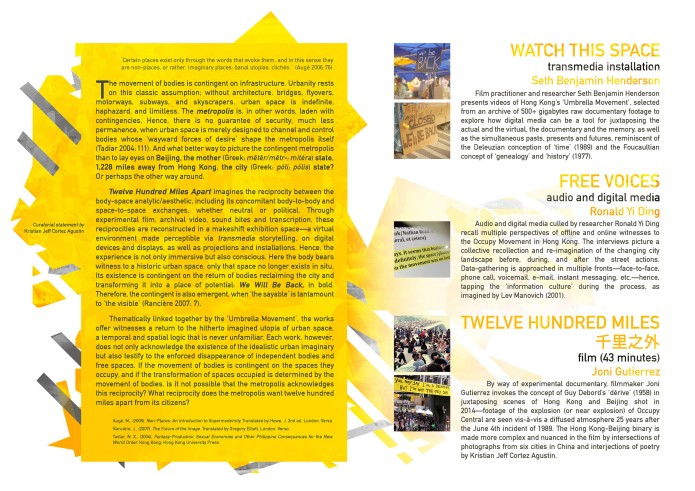 Thematically linked together by the ‘Umbrella Movement’, the works offer witnesses a return to the hitherto imagined utopia of urban space, a temporal and spatial logic that is never unfamiliar. Each work, however, does not only acknowledge the existence of the idealistic urban imaginary but also testify to the enforced disappearance of independent bodies and free spaces. If the movement of bodies is contingent on the spaces they occupy, and if the transformation of spaces occupied is determined by the movement of bodies, is it not possible that the metropolis acknowledges this reciprocity? What reciprocity does the metropolis want twelve hundred miles apart from its citizens?

Rancière, J., (2007). The Future of the Image. Translated by Gregory Elliott. London: Verso.

Sunny eyes and gleaming teeth warm the still empty space in my room. Even in the middle of the night I hear the rumbling from his belly deep almost mimicking […]
Bark

MESA SA KWARTO If ideas are made in the mind, where do they materialise? In any advanced society, the corporeal act of drawing, inscribing, sculpting, and even tasting often takes […]
Mesa Sa Kwarto

MADE IN ASEAN: Online Exhibition www.aseanvisionproject.com      Who is Southeast Asia made of? We must beg this question of  who  instead of  what, because decades after Southeast Asian countries’ colonial histories the search […]
Made in ASEAN

No evening is not a night of song as soon as the clock’s bow strikes the strings of my heart. I shall hum the last few lines of our au […]
Hello, eve

But you couldn’t even read my mindeven if I were an open book, so to speak,a conduit for expletives and clichés if I were only, truly, as you imagined For […]
Note to shelf

Open the windows and let the scarce summer wind conjure figments and fragments distant memories. Remember how we were told to stay indoors from March until May only to let […]
Quarter Past